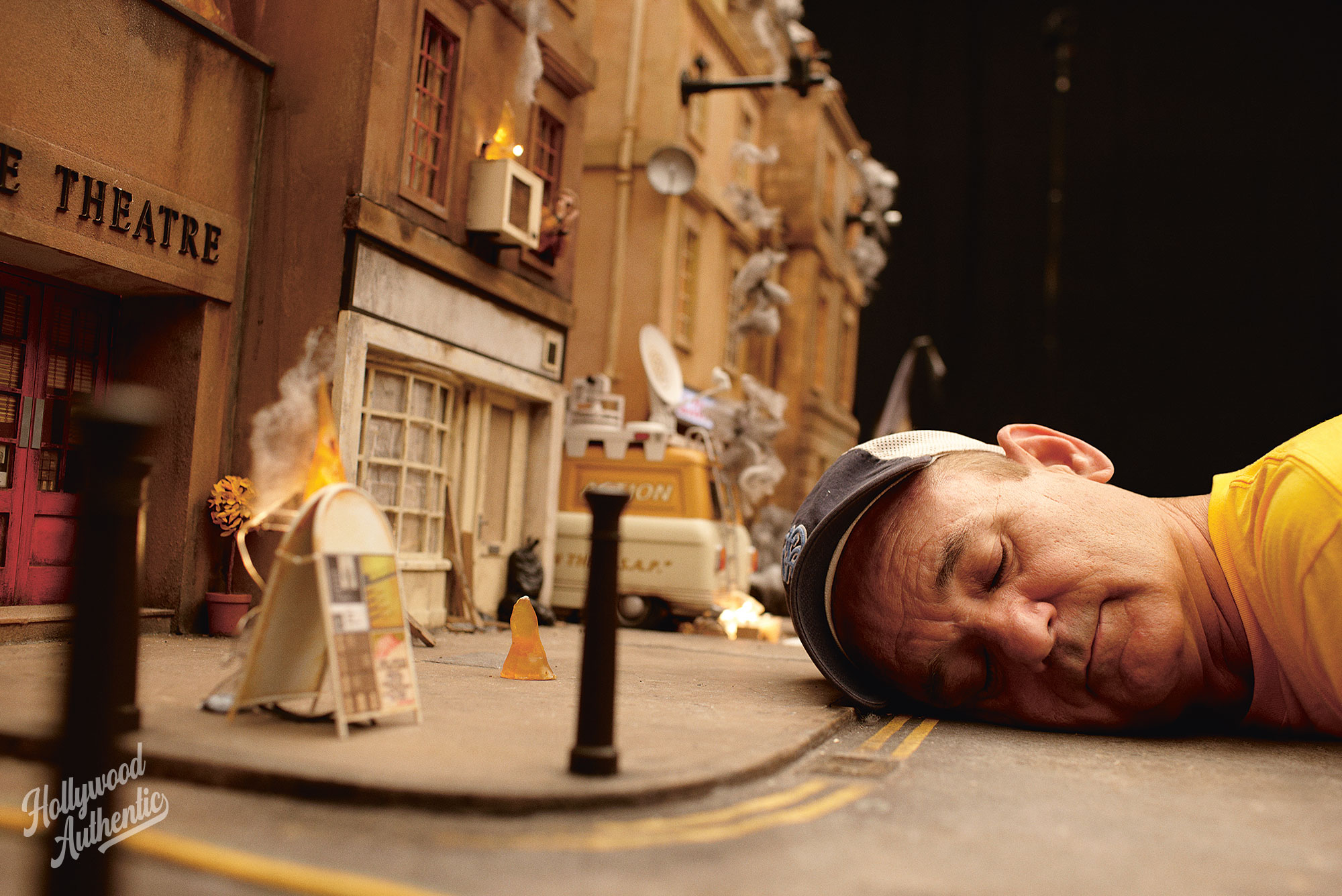 Everyone on the mailing list is automatically entered into a draw to win this 16×12″ Studio Stamped Fine Art print of Bill Murray in London. If you haven’t already, you can subscribe to the list at:
hollywoodauthentic.com/sign-up

Here’s Bill Murray on the set of Fantastic Mr. Fox, a stop-motion animation film directed by Wes Anderson. I was only on set for a day. Bill and I were walking around the set and I got him to lie down in this sort of Lilliputian frame, which references Gulliver’s Travels. He’s doing nothing; he looks like he’s asleep, like this giant has had the biggest night out and has fallen asleep in a little village. There aren’t a lot of photos of mine that I have framed at home. But this is one of them, because it’s a picture I keep looking at. I wonder about the narrative every time.

Technically, it’s an incredibly simple photo. I got the camera as low down as I could to the ground. It’s interesting, someone was describing how we first get our ideas of perspective when we’re little kids, and you think of watching a little boy with his toy car and he puts his eye down really low to the ground, and from the ground, his car looks big. That’s what I think of when I look at this. Get the camera as close to the ground as you can, look up, and you start to empower the subject and make it feel larger than it is.