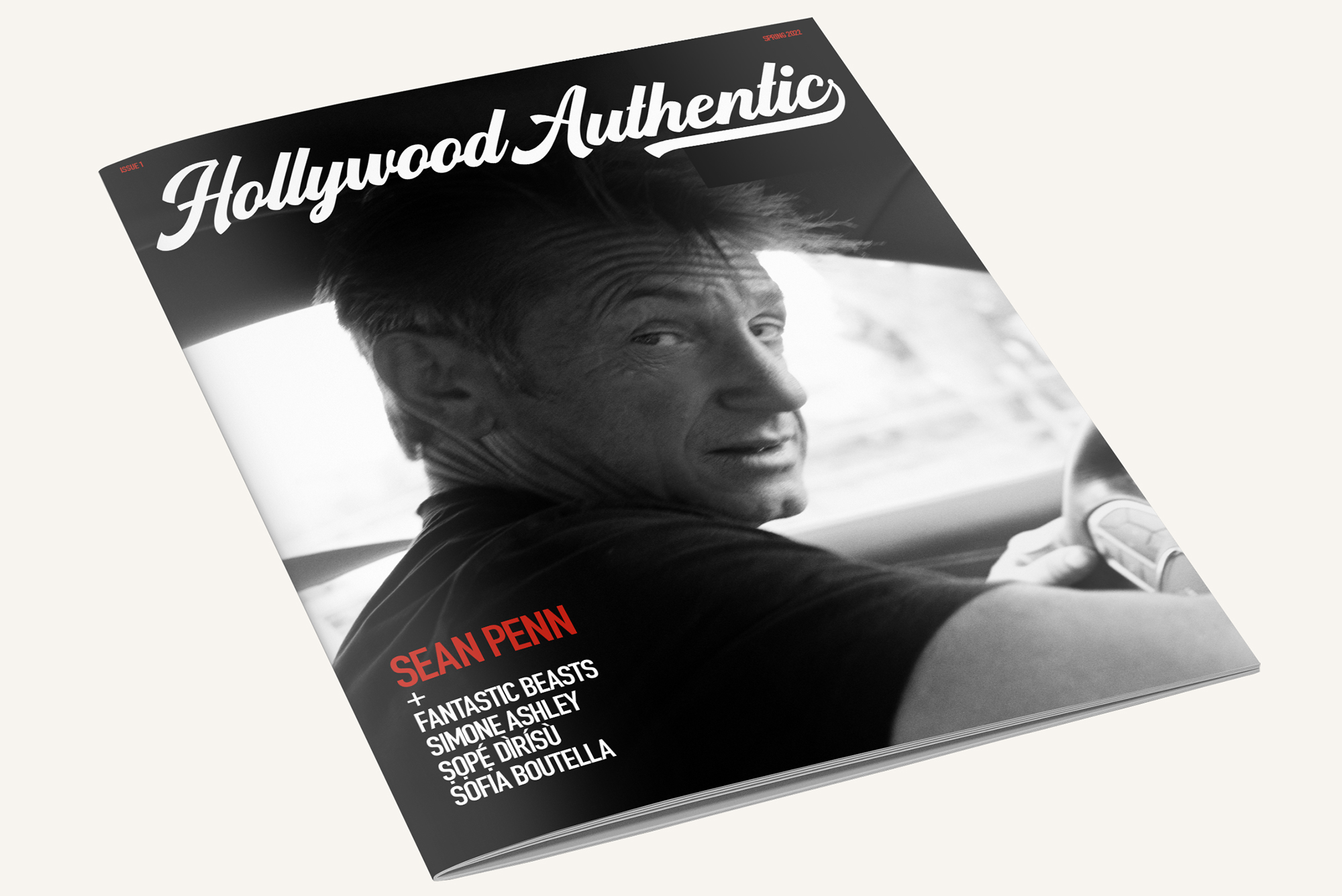 You are looking at the inaugural issue of Hollywood Authentic, a project that is very dear to my heart, and one that has been gestating for the past 20 years.

Over that time I have developed a particular approach to my shoots, aiming to give people an insider’s perspective and the sense of an authentic, first-person interaction with my subjects.

There is a precedent here: back in the day, movie stars would allow photographers and writers into their world. A magazine like Life, in a window that spanned the 40 years from the ‘30s to the ‘70s, would regularly publish intimate profiles of the actors of the day. This type of journalism gave us so many of the iconic images we remember. And brought the magic of the dream factory to a wider audience.

That’s what Hollywood Authentic is all about. It’s a love letter to the movie industry – and not only the one based in California. Our aim is to make you feel that you are breathing the same air as the artists – whether that’s fight training with Sopé Dìrísù or returning to Warner Bros Studios 20 years after my first visit, and discovering that what was a few sheds on an airfield is now a world-class facility playing host to Eddie Redmayne and Jude Law for Fantastic Beasts: The Secrets of Dumbledore.

The method, whether I’m on set or in someone’s house, is the same. Put them at their ease. No team, just my camera and video camera. I record a chat and then hand it over to a team of great writers. It means the pictures and the conversation has an unusual intimacy. Star of Bridgerton Season 2, Simone Ashley, for example, came over to my place in LA, cooked my family and I a curry and opened up about the position she now finds herself in, representing South Asians in her role in the drama.

For issue one, we naturally asked ourselves who the ideal cover star might be. Who is genuinely Hollywood Authentic? And how could we acknowledge, too, that at this moment in our history the world seems to have been turned upside down. For me there was an obvious choice. Sean Penn has always been one for going his own way and speaking his mind. When we heard that he was in Ukraine at the start of the terrible conflict there, we knew we wanted to get his insight. The war in Europe also brought back personal memories for me of being a kid under Russian bombardment in Grozny at the beginning of my career when I worked as a photojournalist. I wanted to hear what Sean had to say.

Luckily for us, he understood what we are trying to do here and agreed to meet. Hanging out and driving around Malibu with him, and being welcomed as a guest in his home, was a genuine privilege. As I write this, he’s heading back to Ukraine.