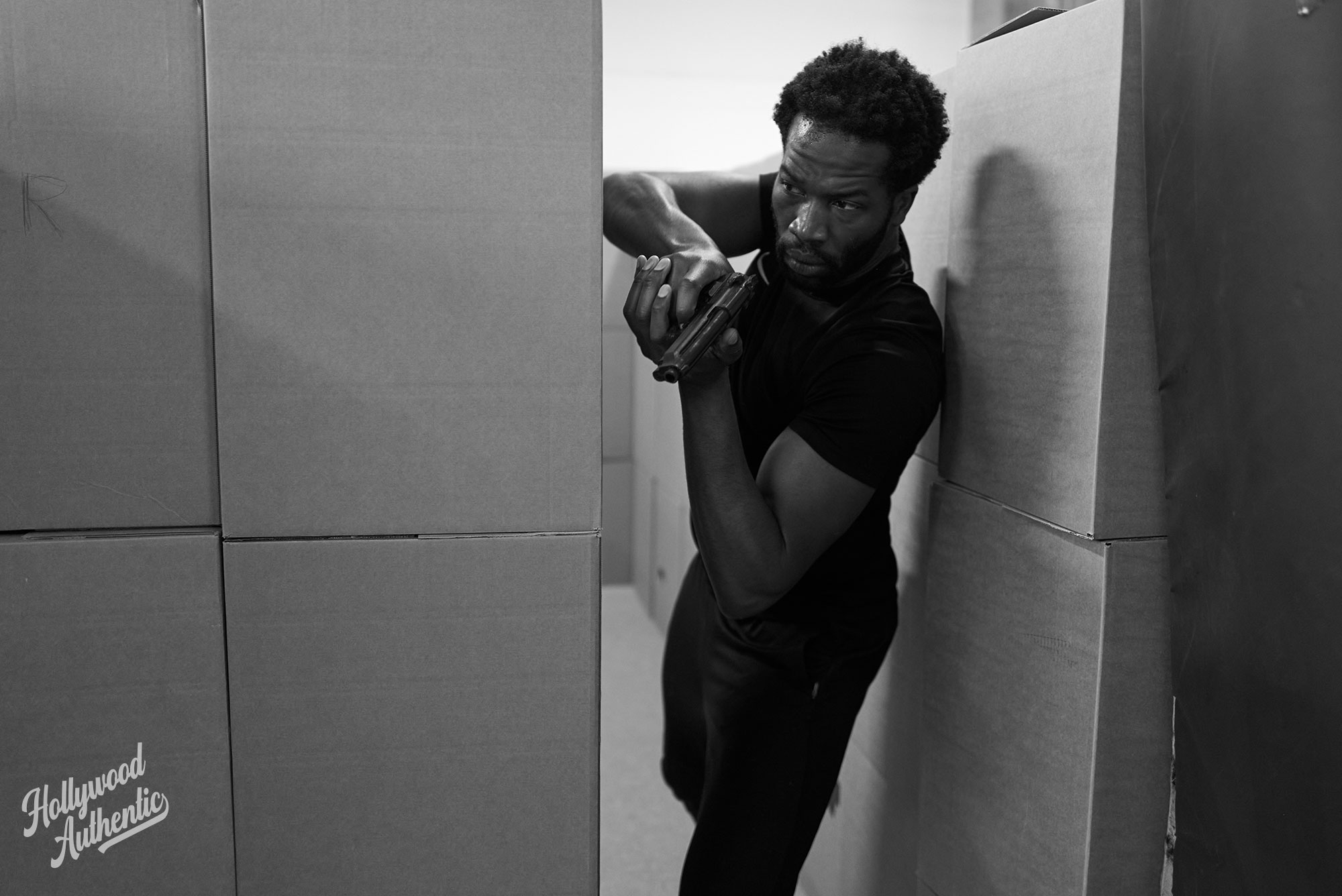 There is this practitioner called Peter Brook, a famous theatre director, and he says: an actor walks across an empty space and there’s just already so much story. So before you open your mouth you’re already performing, you’re already telling that story.

When someone walks into a space, you immediately have a story about them, be that their skin colour, the way they cut their hair, the clothes they’re wearing, whether they walk with a limp or not, the shoes they have on. There’s so much story that’s given before they even open their mouth and tell you what their name is. And I think that’s the same for all of my characters.

For example, when I was doing His House, there was a man called Mawan Muortat who was our Dinka expert [the Dinka people are a large ethnic group in South Sudan]. And I just watched him all the time to see how he moved; he’s a lot taller – South Sudanese people are a lot more, what I suppose you would call, lankier. So I was just interested in the way that they move and that grace that they have, because I needed to try and incorporate that in my characterisation.

The same with Elliot in Gangs of London… because he boxes, because he’s been in the army, and he’s been a police officer, there’s a physicality. He’s got this entire story of violence that he’s carrying with him. And I think it’s important to be able to tell that. When you see his silhouette from a way back, you think, ‘OK, that guy looks like he can handle himself’. So I try and make sure that I’ve got that physicality by day one of shooting; that I’ve practised that.

And then everything else is sort of built on top of that. The way he speaks; where his voice is in his body comes from the muscularity or the size of his chest. And that speaks to his history as well, where he grew up and who he needs to be for different people – I think there’s definitely an element of code-switching with him.