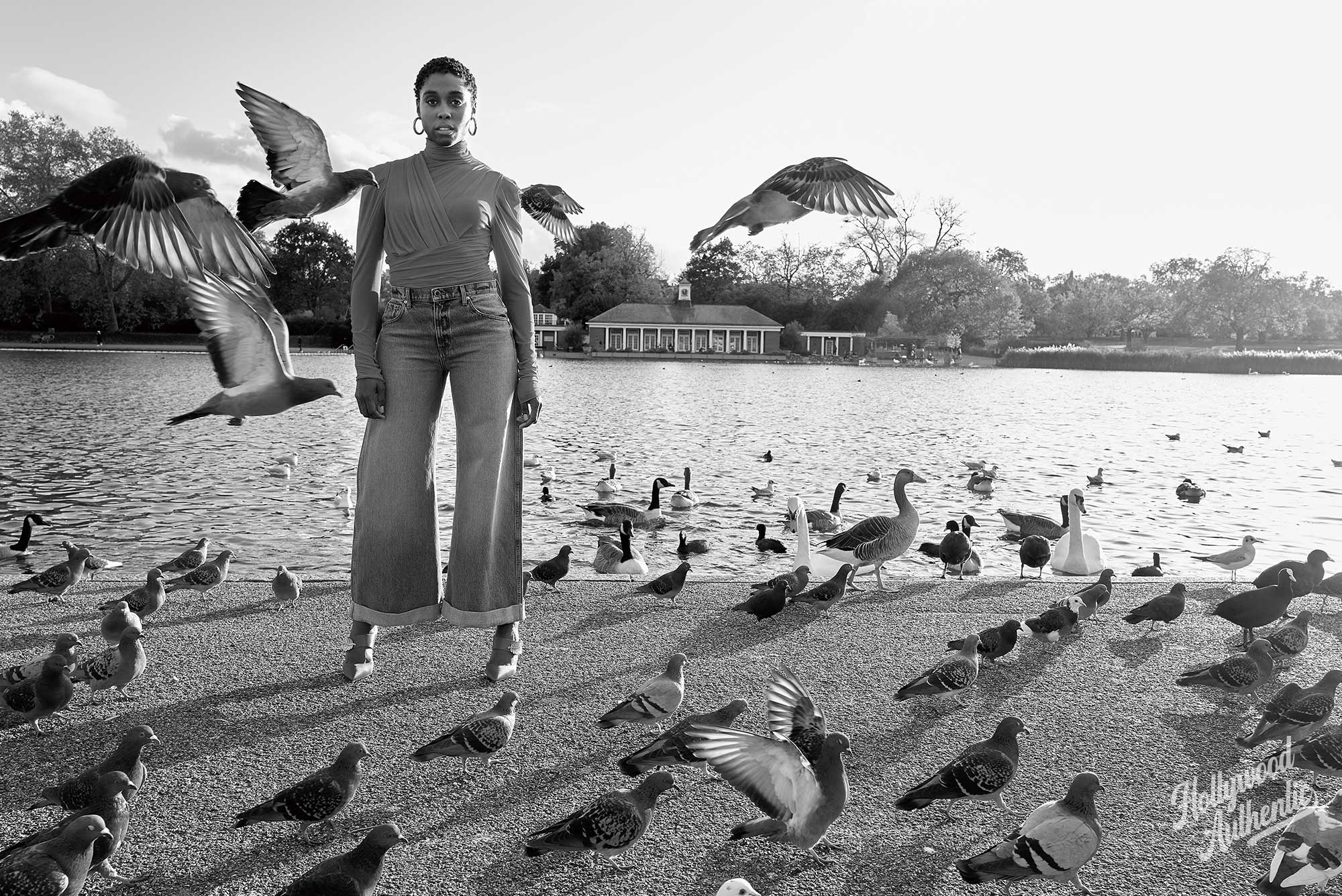 When I was a really young child watching Disney films, I enjoyed the escapism. It was about being somewhere other than in the room, a distraction; and after being immersed for two hours I’d pretend to stay in that world for a while longer. I liked impersonating the characters, the manipulation of the voice and making people laugh. But I didn’t think of it as acting. And I didn’t want to be an actor. I wanted to sing, which is what I did until I ended up at drama school, where I realised that acting was going to take over as I was learning so much about myself.

But the singing helped. And it’s still in there, helping me find musicality in scripts. When you read a script you try to find the rhythm you naturally have and marry it with the rhythm that someone has written for you. My years of music have helped me pick the roles I should be doing – when the words just bounce off the page. But a script will also connect with me on an instinctive level. I’ve read heart-wrenching scripts but not felt anything, and I know if I don’t feel anything at that point it will be too much of a jump to perform it. At other times, the writing might not be heart-wrenching at all, but I’ve cried my eyes out, so I know my soul is connected to it.

I’m also looking to see whether I can trust the director. Do I feel their process is going to match mine, or if not, will it stretch me as an actor? You can almost sense that elasticity in a script – you can feel the challenge and the trepidation. Sometimes I say to myself, you can’t do it, but those are the ones I like to run towards. The ones that will change me as a human being. Because I don’t want to separate my work from my personal life. Work is helping me to grow as a woman, and to impart education and knowledge through these narratives. So I just know if it’s right. A lot of the women in my family have a knowing, and that has been passed down.

One thing I like is for my roles to have a degree of physicality. It’s a way into a character. In my first film, Fast Girls, I played an elite sprinter. I immersed myself in the preparation, and it was then that I also realised that in getting ready for a role I like to disappear as much as I can, as early as I can. Some people might not hear from me for a while, but in order to get to that place where you are fully committed you need to go away. It was all gym, track, diet.

I’d played sports at school and ran, did the high jump and long jump, so I felt I could do it. And when I look at that performance now, I feel I was just being myself. But I can see now that there is a little bit of you in the characters you play, and I’ve learned to use it. To use my background, and the things that make me happy or unhappy, or fearful. Use them as a springboard. Like when I played a single mother in a Marvel film [the pilot Maria Rambeau] and I drew on my own experience growing up with a single mother in Shepherd’s Bush.

My new film is also physical, but on a different level. The Woman King is based on a group of female warriors in Benin in the 18th century and when I read the script I could see the fighting, jumping and how vigorous it would be. The director Gina Prince-Bythewood was adamant that we had to be able to do the stunts ourselves. It’s nice when someone sees your capabilities before you do. And I didn’t see it. I was expecting stunt doubles! But as soon as a woman director sees your physique, your power, your inner strength, it’s a real compliment. I didn’t take that lightly. And I was able to use the training as a gateway into my character: the gravel in her voice, the pain she feels. I know her; she is my mate.

The Woman King was unusual as I was working with a Black female director. Usually I am not. And when I say there’s always a little bit of me in my characters, that goes for the responsibility I feel to ensure the Black experience, and the Black female experience, in particular, is portrayed authentically on screen. That often involves negotiation. When there are people who don’t look like me telling my story it can be weird, as I find myself teaching a whole life history. But if I were to step back and allow creatives to tell my story inaccurately, that would be irresponsible.

Of course, as a young actor it is hard to have agency on a film set and put your hand up and say, I disagree, or I have a better idea. But now, after a few years of doing it, I am confident enough.

That’s not to say my confidence isn’t challenged on occasion. Like when I had to play opposite Daniel Craig in No Time to Die, where I was not only representing a new 007 [her character, Nomi, has taken his code name], but a young, Black, female 007 at that. Daniel was great though, and calmed me completely by saying: ‘This is like an indie [film] with loads of money.’ He meant that we should regard it as just another day at the office, and I realised that though this was Daniel Craig and there were 24 Bond movies that came before and that this really is a cinematic institution, here I was, just showing up for work and creating art. And if I failed to have that attitude I’d be doing myself and the franchise a disservice. So, you come in, you have conversations with the creative team, you collaborate as much as possible, and it will be OK.

What also really comforted me was that we were starting the first two weeks of the shoot in Jamaica. I’m Jamaican, so there could be no more comfortable start to a job than being in Jamaica. Unless it was in Shepherd’s Bush.

The Woman King is out now